Steam in the Ukrainian Carpathians 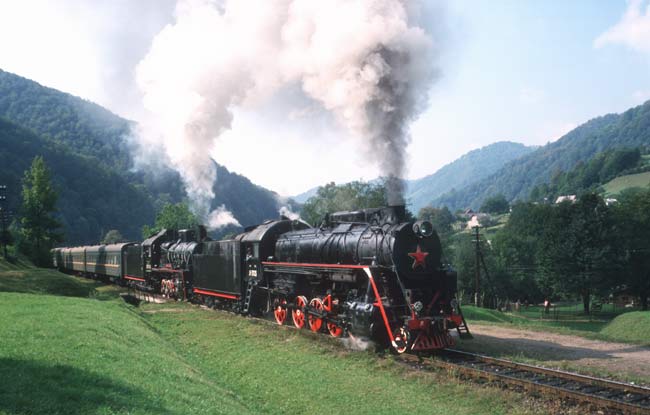 Ukraine is a spectacular place for watching and photographic steam locomotives in a beautiful wintry landscape. This is a wonderful opportunity to broaden your railway travel experiences and add to your collections of photos and videos in a country that is changing very rapidly. We will see big mainline steam power at its best and some charming narrow gauge and branch line operations as well.

Ukraine is the largest country of Europe. Ever since the new government took over, economic development has changed dramatically. Inevitably, the railway, with its huge deficit, will be affected in the near future. Lines will be closed, passenger trains will be cancelled and some staff will be dismissed. The narrow gauge lines seem to have no chance of survival for very much longer. Before it is too late, we wanted to offer a trip to a wide variety of lines with different steam locomotives on the front of chartered freight trains. From the many possible locations we picked the most scenic parts of the Carpathian Mountains in the south-western corner of the country.

We decided to visit Ukraine in the last weeks of winter. This will offer the possibility of real winter steam in the mountains as well as days that are long enough to have sufficient time for photography and video filming.

Due to modernization and making the trains Ukrainian instead of Russian there are no green coaches available in the whole country that are able to operate over state railway lines. A loan from Russia or Moldavia was refused because of too much paperwork, our Ukrainian partner said. We reduced those parts of the program using passenger coaches to a minimum and offer mainly more authentic freight trains. We expect to have an “emergency” diesel loco at the end of our train. We’ll drop this loco as far as it is necessary to get it out of sight and sound (for videographers) for our runpasts.

All runpasts are organised that way that still photographers as well as video filmmakers will get good results. Just in case we’ll repeat runpasts.

Our lines are mostly scenic lines in the areas around or in the Carpathian Mountains. On the non-electrified lines there a many good positions possible for both, stills and video. Our train compositions will be changed every day. Although we ordered the oldest available wagons there will be hardly any non-boogie wagons. Even in the last days of steam the railways nearly always used semi-modern, large freight cars with boogies.

We are not able to guarantee the use of specific locomotives, although we have been assured they will run by our Ukrainian partners. 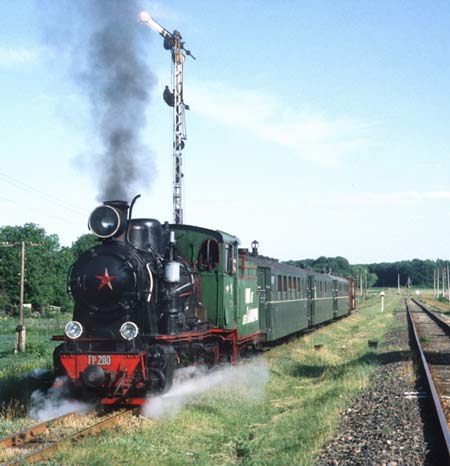 Ukraine is the largest European country. For several years the economic situation has been improving rapidly. Anyhow, some of the areas we’ll visit still look untouched by modern developments. The railway is changing its shape quickly. Several interesting diesel and electric classes of locomotives have already disappeared, further electrification is going ahead and stations as well as the rolling stock are going to be modernised. Many branch lines, which are operating a loss to the railway, will be closed in the nearest future. The narrow gauge line of (Gajworon) - Berschad - Rudnitza network will have only a limited time left. So it seems to be high noon for arranging a visit to the Ukraine.

A positive aspect of the modernisation is that many lines nowadays allow a higher speed than several years ago. So we’ll be able to manage longer distances within one day than ever before. This will give us the opportunity to see more of the railway as well as taking more pictures of our trains. 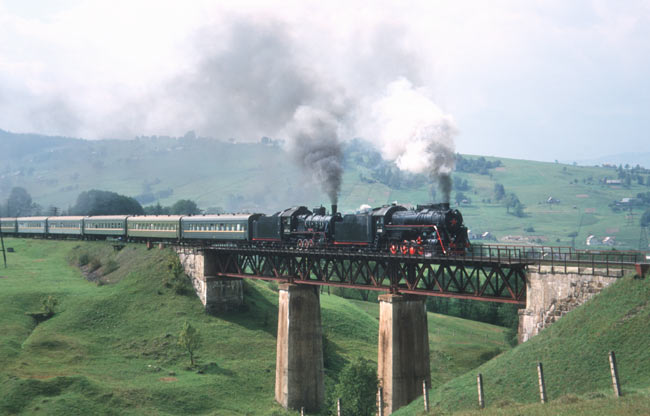 We booked medium class hotels. In rural areas these may be rather modest, but in small cities you haven’t any other choice. Anyhow, our Ukrainian partner assured us that the hotels are well heated and will have a hot shower as well as private facilities.

Crime is not the big problem as you might get the impression from various reports in the western press and broadcast. If you follow the normal rules for travelling around, you have nothing to fear. Change money in authorised offices („Obmen Valut“), do not show around what valuable things you carry with you, and avoid certain sectors of large cities by night. Of course, your passport should be carried on your person, not let it in a case, and be sure not to leave anything without someone watching it, at places like restaurants if you’re going to the restroom.

We’ll have a person on the tour who can serve as a first medical aid attendant if necessary. If you need special tablets you should carry a sufficient number with you.

The Ukrainian cuisine is very tasty and offers a large variety of dishes. The only problem might be the coffee, which is mostly instant coffee (Nestlé). You can always bring a little special coffee with you.

For many countries there is no need to obtain a visa any more. But, these regulations can be changed without advance notice. You have to carry a valid passport with you (and it should not expire within six months after entering the Ukraine).

If the tour is confirmed, you may register later if there are still seats. 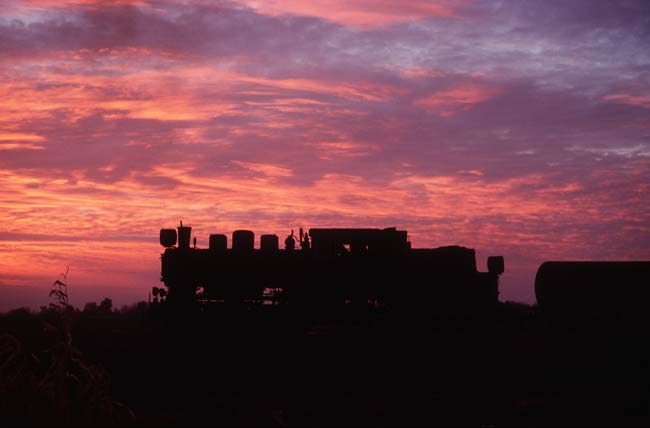