On this tour we'll avoid hardcore guest houses as well as overnight trains. To give us the best flexibility we'll not have a big, chartered bus. We have ordered Minivans (9 seats). So it is easy to split up in a group who want to enjoy breakfast at 8 am and another group who want to make photographs at sunrise. Driving a car in South Africa is quite easy, and if you like to enjoy empty, rural roads behind the wheel you’re welcome to drive one of our vans. Please let us know in advance if you would like to drive. 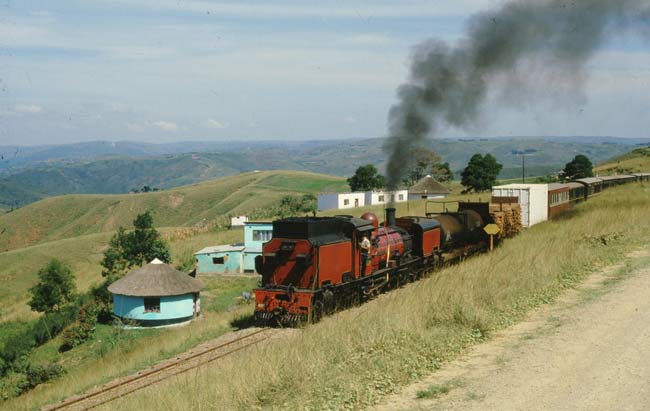 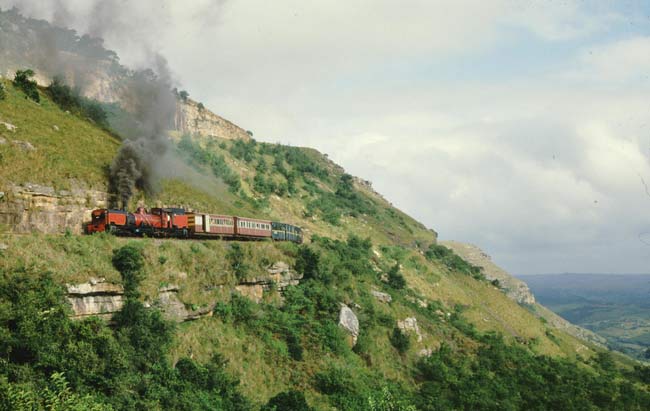 The railway lover and businessman W Mole established a huge collection of railway and agricultural vehicles at the well know Sandstone farm. The first day we want to take part in the big winter spectacle which is open to visitors from all over the world. You can expect steam from sunrise to sunset in a nice countryside setting. 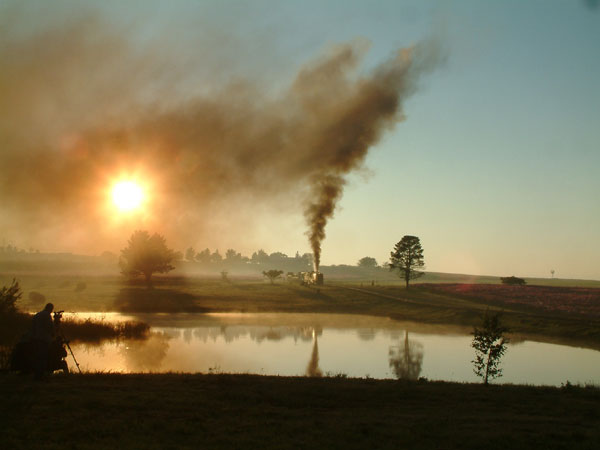 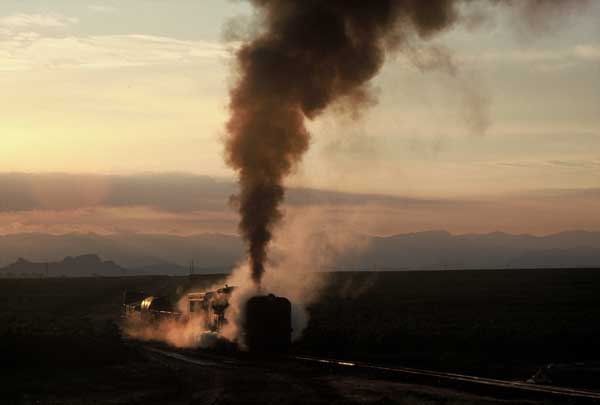 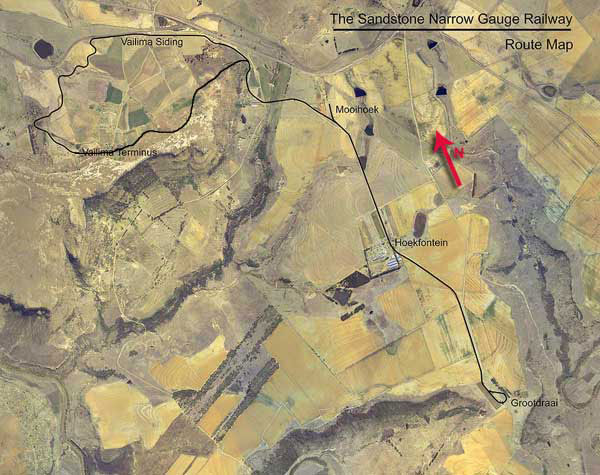 The second day we will run three steam trains with a Garratt class 13. This is a charter exclusively for our group.

A part of a former state owned narrow gauge line, the section between Ixopo and Ncalu has been re-opened for special trains. The railway has a serviceable Garratt class 11, which we'll use for a charter freight train in the afternoon light until sunset. Sunrise is around 6.55 and sunset 5.45 pm.

The Alfred County Railway was taken over by businessmen and railway enthusiasts after the state railway wanted to get rid of it. After a successful start with refurbished and rebuilt steam locomotives the road competition stopped further development of the line. It was closed completely and later a small section was re-opened for tourist services. Fortunately some of the most scenic parts of the line are operational and we'll charter a steam train, hauled by a class 16 Garratt on this section. Our train will be an authentic freight train. Enjoy the beautiful views over the ocean!

George – Knysna is the only steam operated line in South Africa which runs public passenger trains on a daily basis. You can compare it to Wolsztyn in Poland, where the state railway operates normal passenger trains as well. But there is one big difference: the countryside between George and Kynsna is stunning with several exciting views of the sea. You can travel in the train or take one of our minibuses to drive parallel to the line and make some nice photographs or videos. There are 2 pairs of regular trains a day.

If some of the group wish to stay a an extra day Gerorge instead of visiting Cape Town (you will miss something!) we will arrange an extended stay if it will fit in with the number of seats in our minibuses. 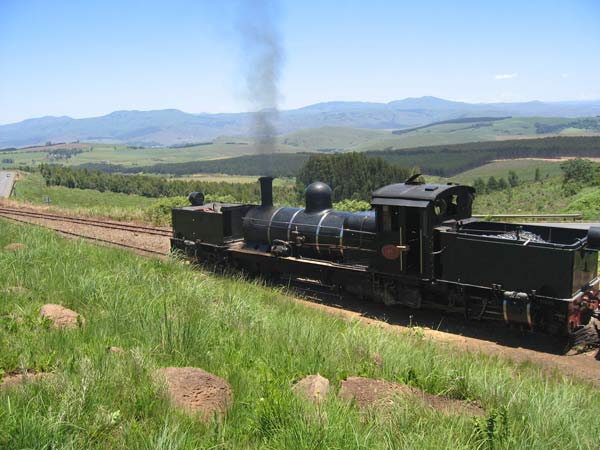 If you are from a country of the European Union you do not need a visa. You only need a passport which is valid for at least 6 months after the end of your stay.

South Africa is somewhat rural in the countryside while booming in the big cities. The Rand, the South African currency, is stable. The exchange rate end of 2005 was about 1 GBP = 11 Rand (1 Euro = 7,5 Rand).

We'll travel to South Africa in their winter season. So the mornings can be rather cold, while the temperatures at noon rarely exceed 22 degrees Centigrade. The weather is usually dry and sunny. The risk of Malaria is minor, a stand by prophylaxes (carrying tablets with you) is sufficient. Anyhow, if you need special tablets you should bring them from home as it might be difficult to get special medicine outside the big cities.

The hotels in smaller cities might be unheated. During the day we expect nice temperatures, but for the night you need a warm pullover. All hotels we're using are privatly owned and are well kept. Most of them offer a familiar flair and the owners giving you a warm welcome.

The crime in the big cities is a problem in South Africa. In the countryside you're as save as in central Europe. But in big cities you should avoid some districts during night and some even during day. It is always best not to show you are carrying expensive photo equipment. A good protection is to walk together with others. As long as you are together with the group you have nothing to fear. In contrast, Cape town is a rather safe city. 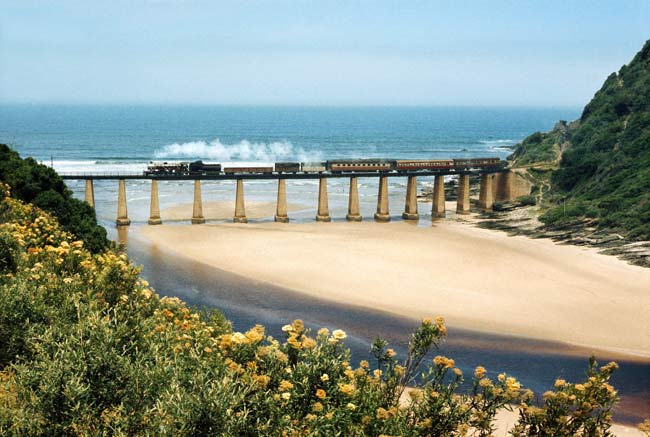 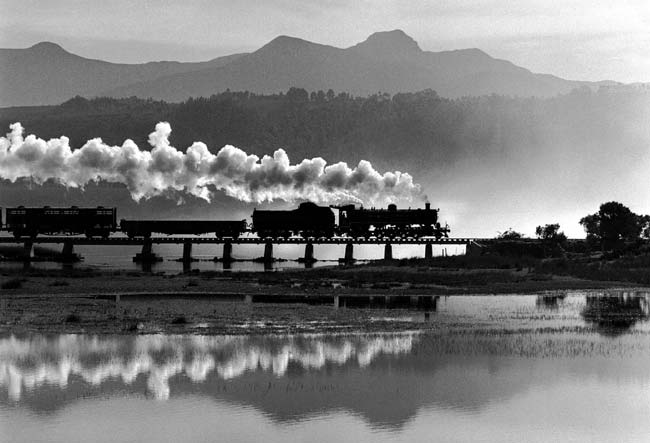 The prices are based on a block booking with the airline and there is a limited number of seats. Early booking is recommended.