Spring Steam on the 600 mm gauge at Bad Muskau 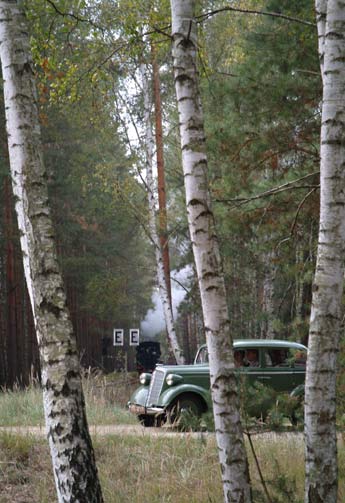 When the trees are in blossom and the meadows are turning green the forests around Bad Muskau and Weißwasser in Saxony come to life: with three steam specials and one works train we will roam the last remaining narrow gauge lines of the old Muskau forest railway network.

The line to Mühlrose will be replaced by another line in the near future. An open cast mine is approaching the line and will take it away soon. Because this line is the one and only remaining line with the original small rails bedded on wooden sleepers in bright sand we’ll visit it quite extensively with two trains. This line is not used for the usual tourist transport during the tourist season. 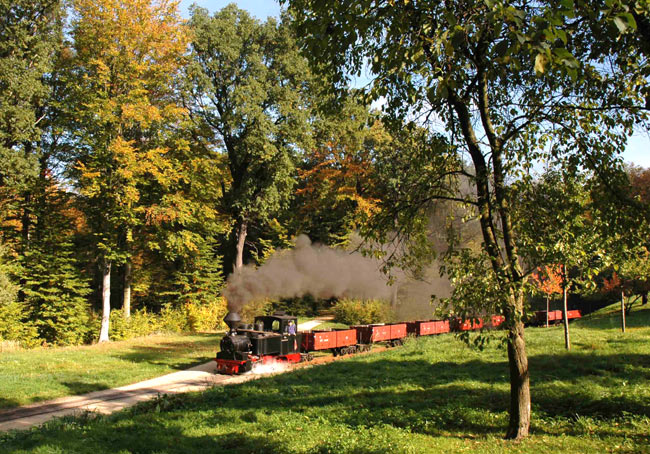 The 2ft. gauge Bad Muskau forest railway was “officially” closed as a common carrier in 1978 but continued working as an industrial line serving the clay pit in Mühlrose. Many pieces of rolling stock were saved by a local club, which started to organise special trains on the rest of the lines of the forest railway in the mid-1980’s. After German reunification the club was able to put two of the original steam engines back to work - no. 99 3312, "Diana", built by Borsig in 1912 for the Bad Muskau railway and no. 99 3317, a Feldbahn engine built in 1918 for the German military authorities which worked at Bad Muskau from the end of the second world war. With these two historic Bad Muskau engines and the surviving freight wagons it is still possible to run authentic trains. The landscape is more or less flat and sometimes hilly, and - as the name implies - covered by woods and forests. Another very interesting feature is the narrow gauge bridge on the Mühlrose line over the main Berlin - Görlitz railway. 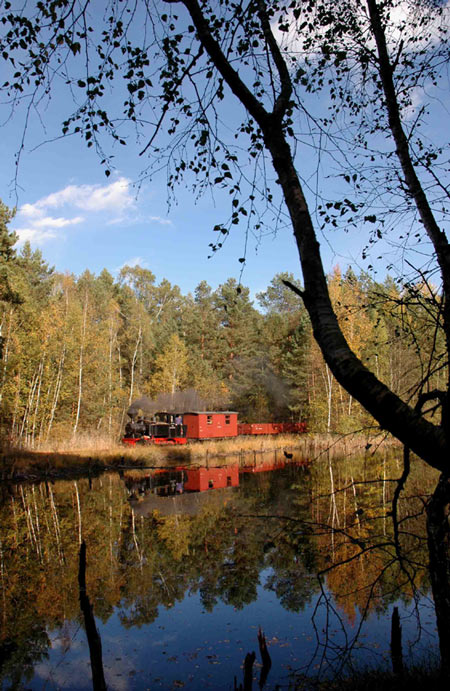 We’ll see three different locomotives (two steam and one diesel) and four different train arrangements: a coal train, a coal train with a box car among the wagons, a logging train and a train of tiny tippers which were used for sand and limestone transport.

At this time of the year it can get quite chilly in the morning and rain is a distinct possibility. Please watch the weather forecast and wear appropriate clothes. We’ll have a box car on the train just in case it’s raining.

The trip to and from Weißwasser is not included and you should arrange this yourself. If anyone has a long journey it is possible to come to Weißwasser on the day before. Hotel rooms are available. The hotel we have chosen near the railway line has nine single and nine double rooms. The rate per person for a double room is £25 and for a single room £38. A shuttle service will be available for participants arriving at Weißwasser by train. Parking spaces are available at Weißwasser should you come by car.

Please keep in mind that the steam locomotives are unique. If one of them fails for any reason we’ll have no spare! In this (more or less unlikely) case we’ll use the same locomotive on both days.

The pictures were taken on our autumn trip in October 2006. 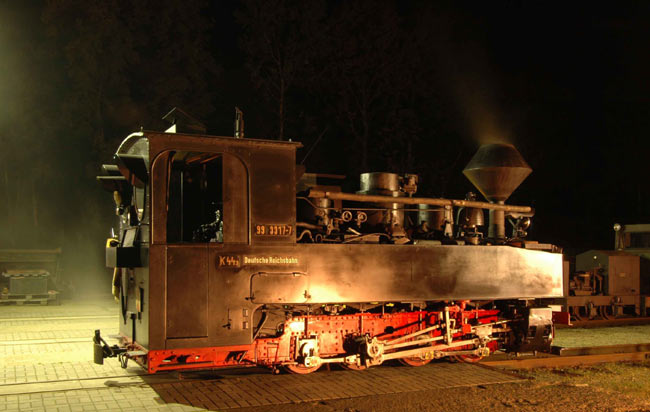