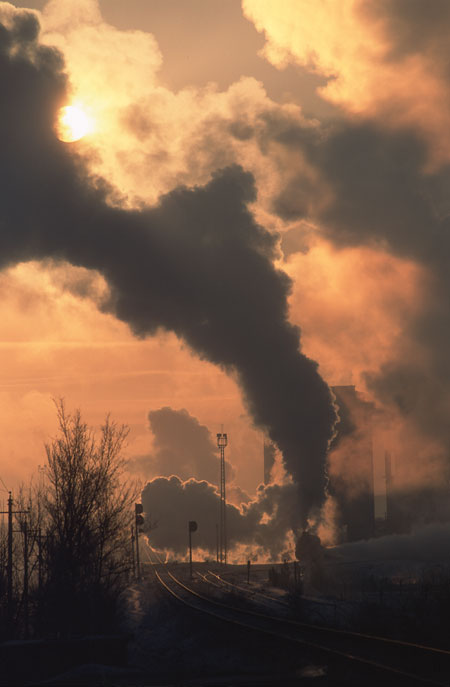 Our Steamy Ice-Quicky scheduled for the beginning of January is overbooked, so we have decided to run another winter event along similar lines. For sure, more and more railway enthusiasts are realising what we’re going to lose very soon - the last real winter steam show in the world. Once Zhalai Nuer is mined out (in about three years) such winter steam tours will be only half as interesting as they are now, if even possible at all. So don’t wait another winter, it won’t get any better the longer you wait.

Mountain-high steam exhaust in the crystal clear winter air – this is only now possible in China. We’ll visit some of the highlights of the far north: Zhalai Nuer, with more than 20 steam locos in service (in September 2007 we spotted 37 steam locomotives in use here!), Fuxin with more than a dozen SYs, the lines around Nanpiao in its lovely hilly area and Pingdingshan before it’s over there. 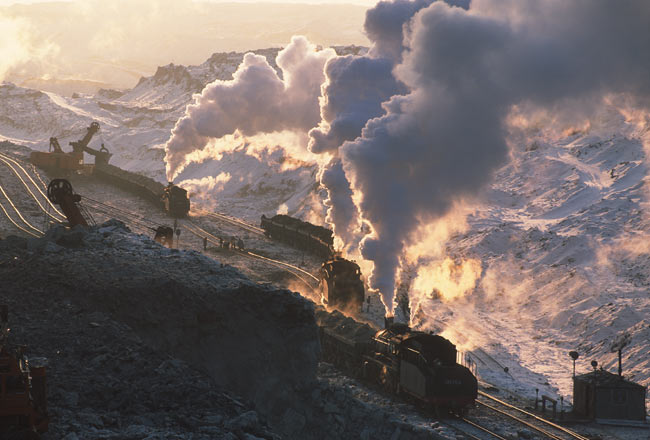 Zhalai Nuer is near Manzhouli in Inner Mongolia province, close to the Russian border. The long journey to get there will be rewarded by plenty of steam action. In addition there are several railway lines serving underground mines as well, all served by steam. About 20 steam locomotives out of a total of 50 work during the winter season. Trains are continuously coming and going and steep gradients lead down to the bottom of the mine. The SYs have to work hard to pull their load to the top level of the mine. Sometimes you can observe three or even four trains moving in and out of the mine at the same time! We will visit the two depots as well. In the open cast pit is a small stabling point. Last but not least there is also a passenger service in the morning and the late afternoon. The passenger trains are unusually short, consisting of only one or two coaches. The coal reserves are declining and so it is planned to close the open cast pit in a few years. Although there is no written permission obtainable to get into the pit any more, we always manage to go there without problems. 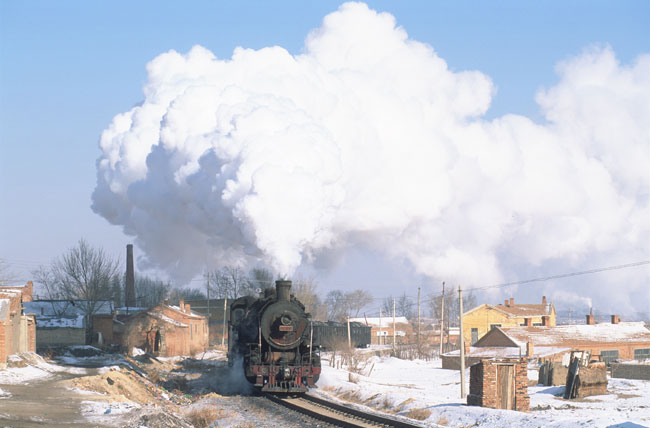 Fuxin has an operation of some 15 SYs, but three diesels have arrived already. There are shots with mine backdrops possible. The daily line up at the shift change, is a sight in itself. Many of the small houses along the lines have been demolished and replaced by modern buildings now but there are still positions left which are worth pointing the camera at. 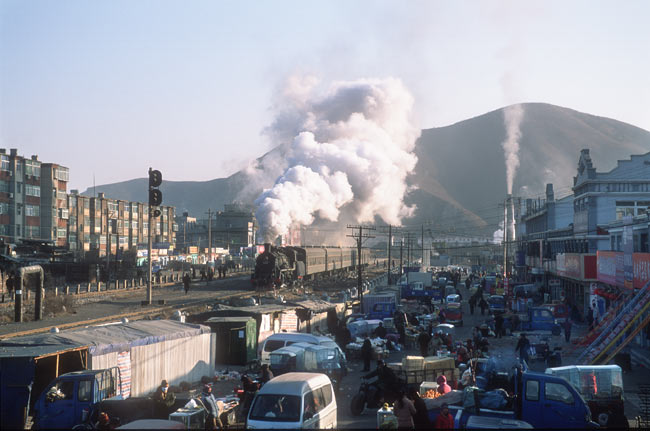 The coal mines around Nanpiao are linked by two standard gauge lines. In Autumn 2007, steam was still in use on these lines. Two or three BJ class diesel (also quite rare now) disturb the SY action. However, there are still sufficient steam hauled trains to make some nice shots. Nanpiao is surrounded by very interesting mountainous countryside. There are steep gradients, two long bridges and sections of free line as well as industrial backdrops. The steam powered passenger trains in the early morning and in the late afternoon are especially interesting for photography. The company are wanting to purchase further diesel locomotives second hand so it may be possible that this nice system will be completely dieselised soon. So far they are sticking to their steam locos as they have insufficient funds to purchase new diesels. Meanwhile they have equipped all their locomotives with GPS, every locomotive and train can be followed on a big control panel in the control office 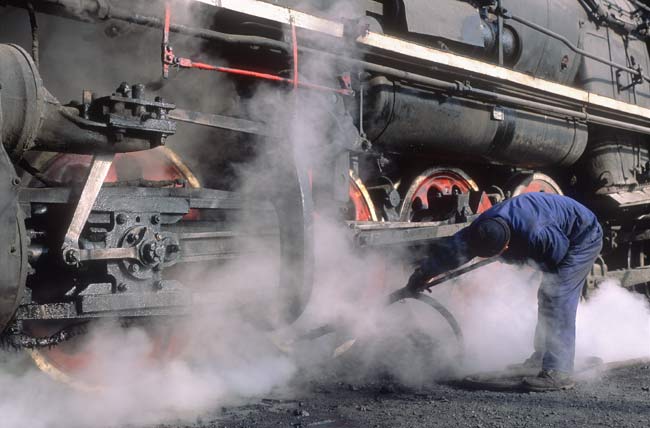 In October 2007, Pingdingshan, a mining area, still had four QJs in service. As they’ll get five more diesel locomotives soon we expect to see only one or two of them in use, maybe none. But there is still much going on. Many coal mines are linked by railway lines. Some of them passing the city and going steep uphill, others are flat and in the countryside while others offer some good potential. An early morning visit to the depot, when about ten steam locomotives will be served, is a must. The passenger trains of this system are still steam hauled but among more than a dozen steam locos there are already five diesels. They started to build a new diesel shed in October 2007. It’s high noon in Pingdingshan as well. 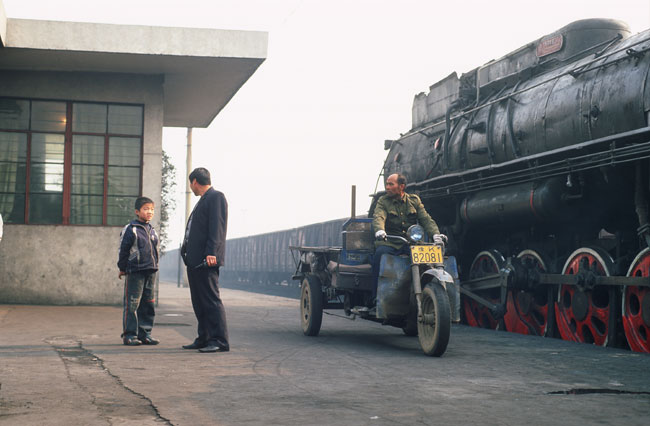 In Zhalai Nuer we expect morning temperatures around minus 30 degrees Centigrade. The cold is dry and there is often no wind, so it’s not really difficult to stand the climate. Further to the south, in Beijing, temperatures can be around zero to minus ten degrees in January. In Pingdingshan we may have temperatures above zero degrees Centigrade. You need very good winter clothes as well as good batteries for your camera. We recommend that you take Lithium batteries or Lithium-Ion rechargeable batteries. You can recharge batteries in all the hotels (and, in Lixin, even in private houses). Sometimes an adapter is necessary. On overnight trains there are only occasional working outlets available. The mobile phone service is compatible with the European standard. The coverage in China is amazingly good

The hotels used will be of medium class. The night train rides are booked in soft sleeper class (four berth compartments). As the reservation system in China is a typical quota system where the station of origin typically gets an allotment of more than 50 % of the available tickets, it is not guaranteed that we can get soft sleeper tickets for all our rides. In such cases we’ll use hard sleeper class, which, however, is not as hard as the name suggests. Hard sleeper compartments are open and normally comprise six berths. Short daytime trains may have to be booked in hard seater class. Hygienic and environmental standards in China often do no conform to European expectations. Carrying some toiletries in your photo bag is, hence, advisable. 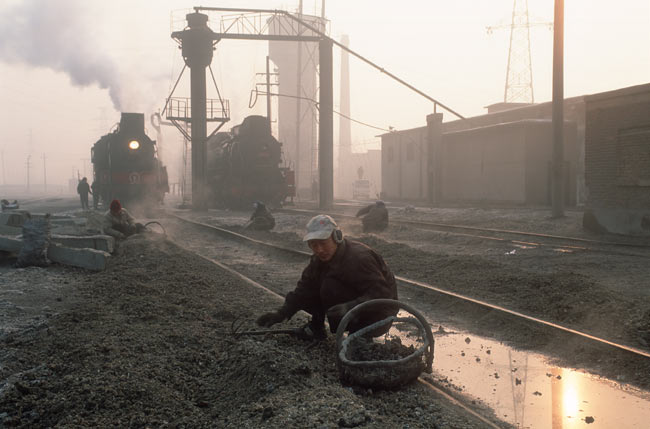 This tour is designed for both dedicated photographers and video filmmakers. Our philosophy is to provide opportunities to get that perfect sunrise shot rather than a time consuming 5-star breakfast buffet. On occasions lunch will be served as a packed meal. In the evening we’ll have time for meals which are usually sumptuous. Beverages are not included in the tour price. 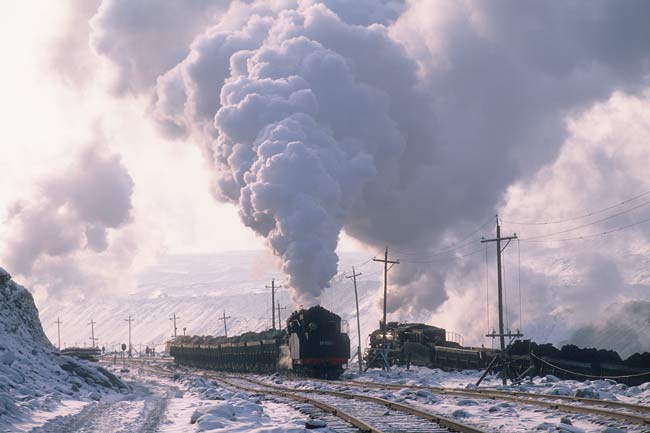 Without flight to Beijing (land only): Please subtract £360 from the tour price. 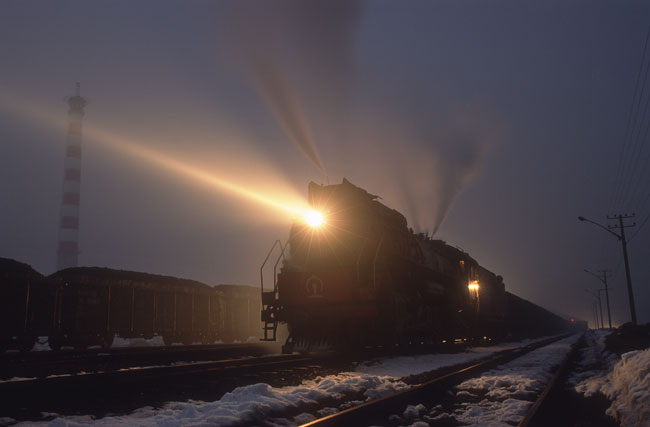