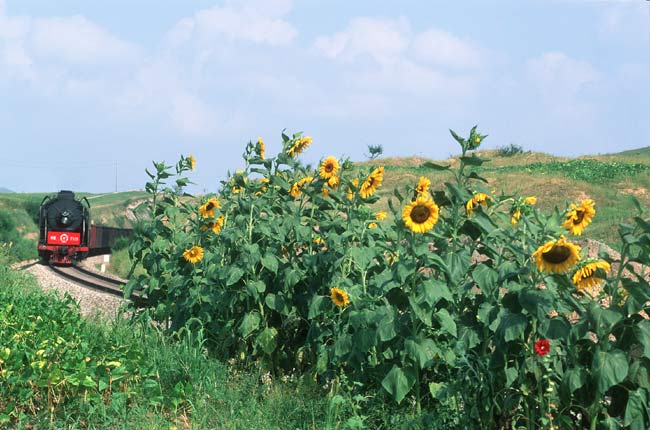 This was August at the JiTong line,similar situations you can find along the remaining steam lines until now. Near Chabuga in August 2005.

Late summer in China: sunflowers are in full flower, fields are harvested, in the mountains of Huanan the first signs of Autumn colours appear, chilly mornings with good steam effects and pleasant warm afternoons. The long days make it possible to get many more shots and videos than in the winter season.

We’ll see all four main types of locomotives remaining in service: the narrow gauge class C2, the interestingly shaped industrial Mikado class SY, the powerful branch line Mikado class JS and last but not least the magnificent QJ, the largest working steam locomotive in regular line service in the world. Most lines offer excellent photographic potential and are well worth a visit – at any time of the year.

Once Huanan was the starting point of a large forestry railway system. This 762 mm narrow gauge railway survived because of the existence of a coal mine 46 km east of Huanan. The remaining line climbs over a pass 2.5 km west of Lixin. From both sides there are steep gradients and sharp curves. The gradient against loaded coal trains is so steep, that every loaded train needs a banker at the rear end of the eight wagon trains. This operation is the last known regular banked narrow gauge steam train in the world! 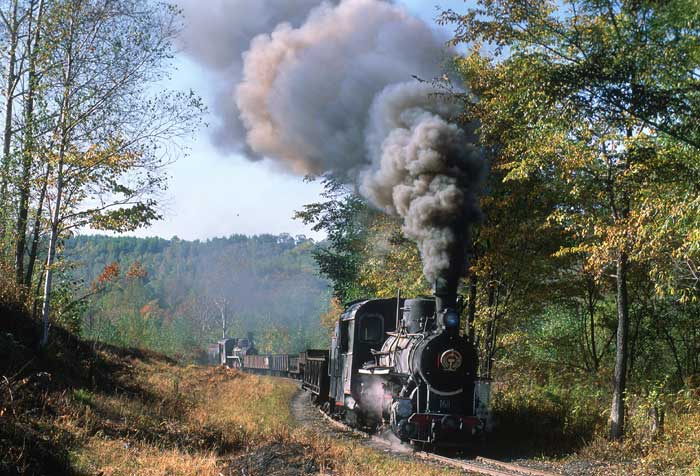 We’ll spend three days here because it’s such a long way to get there, the scenery is very diverse and attractive, and only two to four pairs of trains run during daylight. The distance between Tuoyaozi and Lixin is approximately six miles. As there is no passable road we have either to walk or use the daily railcar. The use of local motorbikes is also possible but not really recommended. If you know the style of driving in China you can imagine what I mean. Either way, it’s everybody’s own decision. Walking some miles in a whole day is not that far on a beautiful summer day. Railcar or motorbike transport in Huanan is not included in the tour price. Unfortunately, the only accommodation possible in Lixin is in a filthy private house with no facilities at all. This is the place where the trains get their bankers on the rear. In addition there are wonderful photo positions close to Lixin. Because of this, it is worth spending one night in such poor surroundings, where the locals suffer the whole year. You can choose to spend the night in the good hotel in Huanan if you prefer, but you’ll very likely miss the possibility of getting a banked morning train.

In case Huanan is having one of its occasional operating breaks, we have an alternative: Hegang and Jixi. 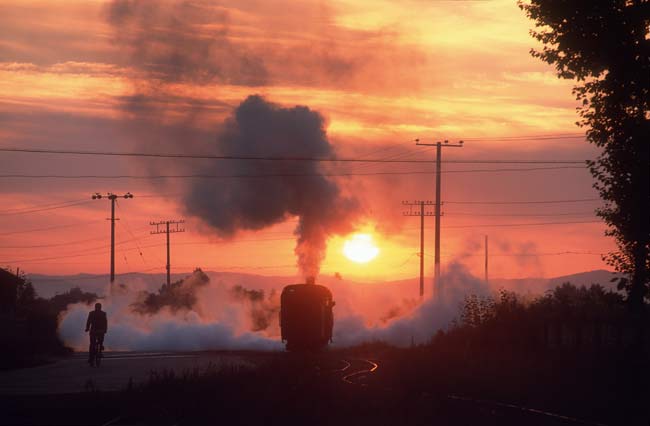 The coal mining system of Jixi is one of the steamiest places remaining in China. There are some 20 class SY steam locomotives serving several different coal mines. Some of them have lines through rural countryside while others offer impressive industrial backdrops. The traffic is unpredictable, but there are some fixed points: the morning and the late afternoon shift change, when locomotives return to their home base. Thereafter trains are running in all directions, sometimes banked and, rarely, double headed and banked. 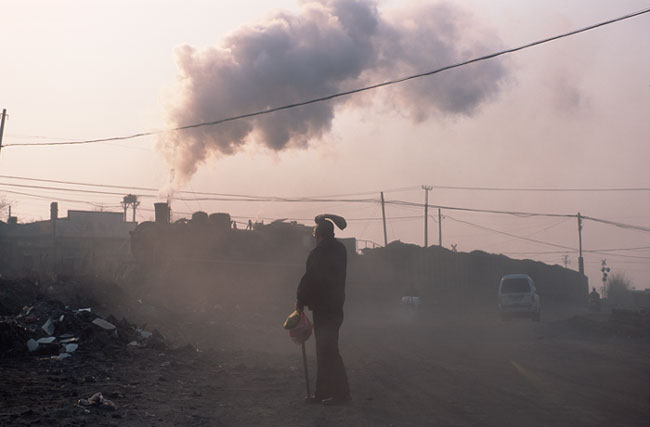 The first five diesels arrive in Jixi in mid-2007. After the dieselisation of Jixi-Hengshan there will remain Didao, Chengzihe and Lishu systems, each with many outstanding photographic opportunities. 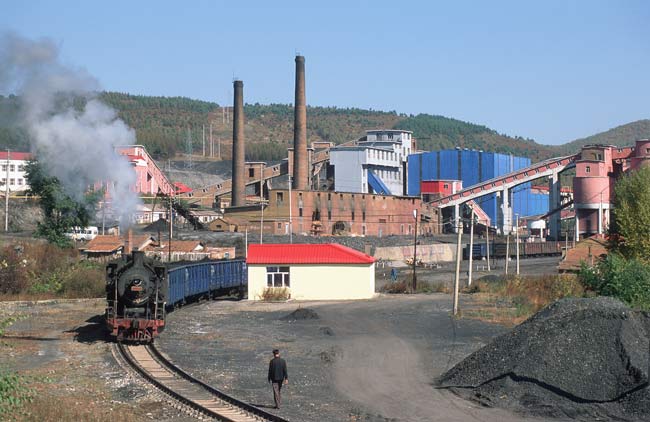 We’ll experience spectacular climbs on the lime stone railway at Huludao. Near the summit, trains are well below pedestrian speed or even stalling! In use are two locomotives of the strong JS class. These locomotives are without deflectors. Another highlight is the turntable at both ends of the line of which one is freely accessible to photographers. For shunting purposes in the cement factories they own two SY’s. During daylight, there are several trains, one in the early morning (best for photography with the train coming out of the light), a pair around noon and one in the late evening, once again good for glint shots. 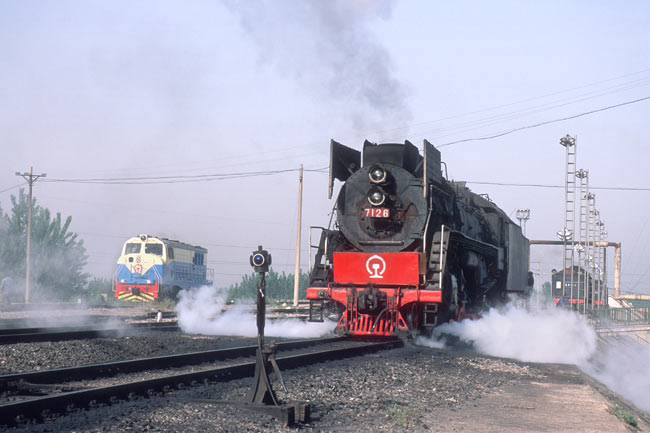 In Yanzhou and Zoucheng we’ll find some of the last examples of the mighty class QJ which were once responsible for the heaviest trains on many state railway lines. The engines are in delightful condition and will be used alongside the diesel locomotives for short trains and occasionally for very long and heavy trains. The lines are mostly flat but the minor gradients combined with the 50 wagons long coal trains require hard work as well, some positions even offer acoustic highlights. There are no “idiot hills“ but several reasonable good positions can be found, like brickworks beside the track, small bridges or gantries. The daily meeting in the morning at the stabling point is a sight as well. In May 2007 Yanzhou was still using two QJ (and two diesels) while Zoucheng had four locomotives under steam (and 10 diesels). Delights are the high deflectored locomotives as well as full deflector QJ 3538. All operations are arranged according to the demand of the mines and power plants. They are somewhat unpredictable, but we’ll keep in touch with the central control office to get the right information in time. You can expect between two and seven trains chimney first during daylight. It’s not possible to chase trains because the roads are too bad. If you haven’t seen the class QJ in service you should consider not missing one of the last chances!

The tour was planned in May 2007. Although it’s only a few months before we’ll go to China it’s not certain that all lines will still have steam. In the unlikely case one line will be dieselised before we arrive, we will make different arrangements to see as much steam as possible.

This tour is designed for both dedicated photographers and video filmmakers. Our philosophy is to provide opportunities to get that perfect sunrise shot rather than a time consuming 5-star breakfast buffet. On occasions lunch will be served as a packed meal. Alcoholic beverages (including beer) are not included in the tour price. 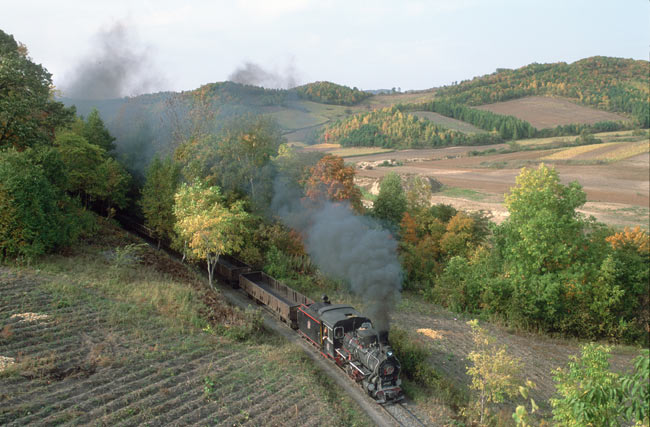 The hotels used will be of medium class, but in remote areas sometimes they are more basic. We offer a unique opportunity in Lixin: if you can stand the lack of comfort you can sleep in one of the private houses around there. To give such a room type a rating, we extended the category-system of how to rate hotel’s service and comfort to the bottom end. Zero star would be too good. The accommodation in Lixin on the Huanan system is another matter. There are facilities outside but they can hardly be recommended. Better go into the forest! If you ask somebody about washing your hands he would point to a bowl with some water in – sometimes used by several others before. If you want something clean to wash in, you have to ask for fresh water or do it as the locals do – go to the river! The accommodation and the bedding can hardly be described as clean. So you should bring a towel to put under your head or a light linen sleeping bag or sheet. With this equipment you can easily stand one night in circumstances that the locals have to use all their lives. The accommodation in Lixin is rated at three black holes. By the way, from four black holes onwards you would have to share your bed with small animals you might not appreciate. But for sure, this category is not on offer on FarRail trips. More seriously, it is very basic, but acceptable for most travellers and the rewards in being so close to the railway are wonderful. We’ll sleep on Kangs, these are sleeping platforms with a built in stove, so they are warm and quite comfortable. You’ll get some covers to put on the stove to soften it a bit. Most of the participants on other trips who have used this kind of a bed have been really surprised how well they slept! All who have spent a night in Lixin on past trips have rated this experience very highly. No one will remember another faceless three star hotel in a city, but when you’re staying in the total tranquillity of the forests around Lixin, sleeping on a well heated stove, and a train sets off to the summit, you can hear the two locomotives for almost half an hour, climbing up the hill. On a bright, starry night it’s a memorable experience. If you are uncomfortable with the private houses in Lixin we can arrange the hotel in Huanan for you instead (at no additional cost). 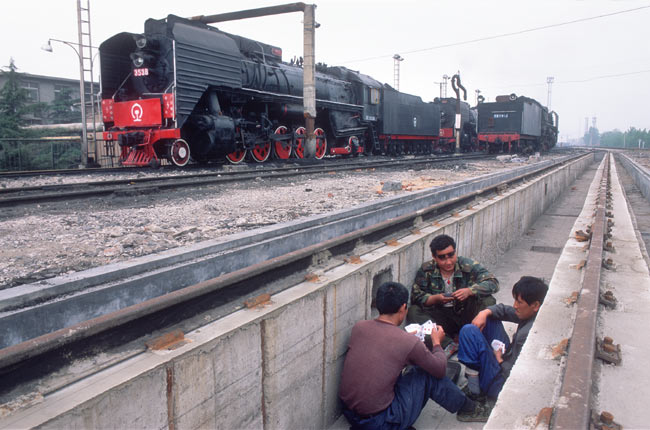 The train rides are booked in soft sleeper class (four berth compartments). As the reservation system in China is a typical quota system where the station of origin typically gets an allotment of 50 % of the available tickets, it is not guaranteed that we can get soft sleeper tickets for all our rides. In such cases we’ll use hard sleeper class, which, however, is not as hard as the name suggests. Hard sleeper compartments are open and normally comprise six berths. Short daytime trains may have to be booked in hard seats (if available).

Hygienic and environmental standards in China do not conform to European or American expectations. Carrying some toiletries in your photo bag is hence advisable. Please bear in mind that accommodation and transportation in China falls short of EU/US safety standards. Always use common sense when crossing roads and railway tracks. FarRail Tours cannot be held responsible and will not accept any liability whatsoever in the case of any accident or damage. We suggest you take out a comprehensive overseas accident and health insurance policy.

For land only bookings please deduct £475. 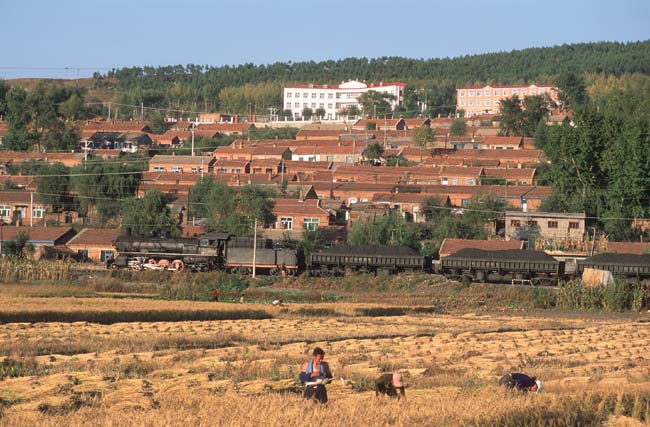